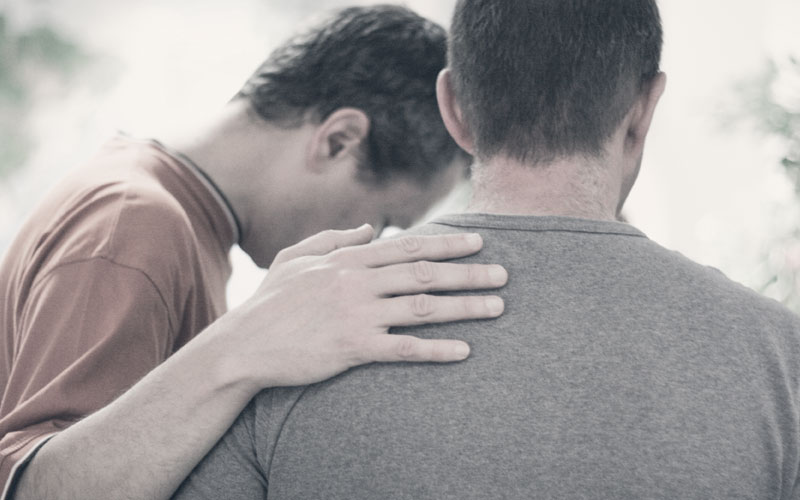 Fast forward to May 2004. My sister Kathy is dying from pancreatic cancer. She had become a shell of herself from all the chemotherapy and the ravages of the disease. I’m not sure if she ever fully realized I’d come from Florida to see her.

I met with my Dad for lunch at his favorite restaurant in Paradise, California. I’m not sure if it was the Spinning Wheel or Annie’s, but it had a lovely garden area for dining. It was a perfect Northern California mountain day, so we decided to eat outside. Unfortunately, this gem of a mountain town was almost totally destroyed by the Camp Fire in November 2018.

After lunch, we talked about Kathy. Dad told me when he found out about her cancer, he almost destroyed his little room out of anger towards God. Dad begged God not to have to bury one of his children (little did I know I would experience that actual grief just 3 years later).

I told Dad that as he was telling me of his encounter with God, I felt the Holy Spirit telling me that Dad would be going first. He told me he preferred that and wanted Kathy spared. I told him I didn’t know whether Kathy would live or not. Barring a miracle from God, I expected her to follow Dad.

I told him death did not have to have the final say. I explained to him how our family could be reunited in heaven. He said he hoped that was true.

I shared the sinner’s prayer with him and I knew then that he had just accepted Christ.

Three months later, he went to be with Jesus.

Instead of regret of never having reconciled with my Dad because of my bitterness, I can rejoice even today knowing my Dad is in heaven.

I can’t wait for that family reunion!

This site uses Akismet to reduce spam. Learn how your comment data is processed.